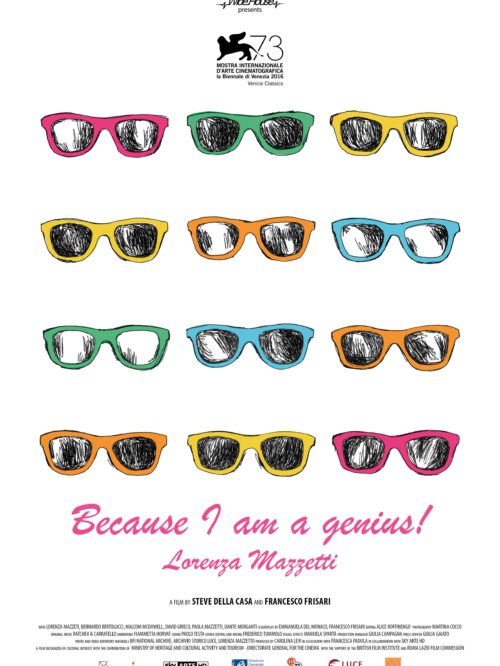 Because I Am Genius ! Lorenza Mazzetti

Lorenza Mazzetti’s “genius” resides in her fantastic and profound outlook she uses to tell her extraordinary story and create the most part of her works. Adopted by the Einstein family, which was exterminated by the SS in the early 1950s, Lorenza decided to go to London to forget the tragedy she witnessed when she was just a little girl.

Once in London she managed to enter the well-known Slade School of Fine Art where she stole a movie camera and shoot « K », a reinterpretation of Kafka’s Metamorphosis. Thanks to this incredible first film she got in contact with Lindsay Anderson, Karel Reisz and Tony Richardson establishing the Free Cinema Manifesto and revolutionized British cinema. Her second film « Together » was awarded in 1956 Cannes Film Festival.

Having returned to Italy, she joined Paola, her twin sister with whom she lives nowadays. Through Lorenza’s memories, animation of her paintings and the everyday life we discover a funny old woman who still exhibits all the freedom and the innocence of childhood.

An Art That Nature Makes