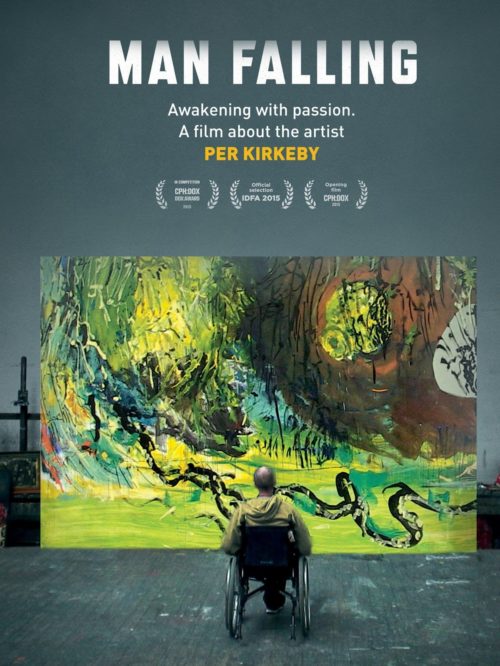 A brain injury after a fall forces Per Kirkeby – one of Denmark’s most famous artists – to stop painting. In an instant, Kirkeby loses his life’s foundation as well as his ability to work. No longer able to see colors, he cannot orient himself in the large canvases that made him a figurehead for Danish and international contemporary art.

« Man Falling » is the story about Per Kirkeby’ s universe – marked by deep melancholy as well as astounding beauty; a story about a personal struggle for life and work, a return to the universal language of painting that has been his way to get his visual and emotional impulses out. Per Kirkeby is one of Denmark’s greatest and most famous painters worldwide. He has an unusual and extremely rare linguistic gift.

The film contains a continuous series of registrations and reflections on what human life means; a passion for leaving a mark and being present until the end.