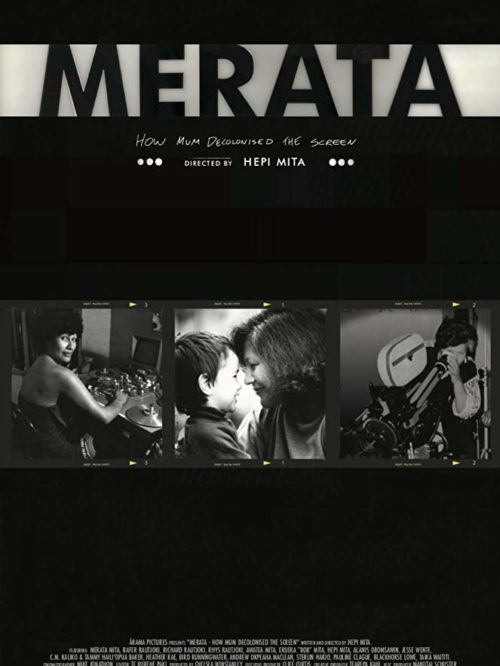 The sudden death of pioneering Māori filmmaker Merata Mita in 2010, led her son on a journey to uncover a story of mother’s love that changed the landscape of indigenous films forever. Indeed, she opened doors for indigenous voices we celebrate today; Warwick Thornton, Taika Waititi, Sterlin Harjo and Zoe Hopkins to name a few.

Merata was the first Māori woman to write and direct a narrative feature in 1988 (Mauri). Her political films denounced abuses Māori people were suffering from in the 80’s and often divided the country. She became an international hero but was considered a domestic nuisance.

She worked across the globe for the BBC, National Geographic and directed films in Hollywood, interviewed Robert Mugabe and followed Louis Farakhan; she was fearless.

« A portrait of an icon of Indigenous cinema as directed by her son. » - The Hollywood Reporter