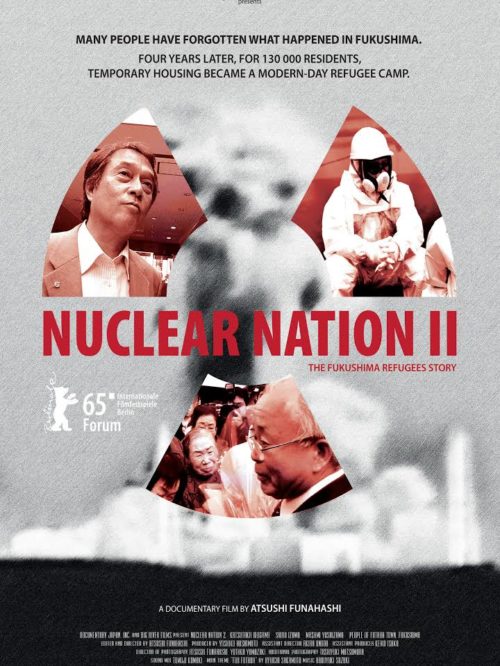 I – A documentary about the exile of Futaba’s residents, the region housing the crippled Fukushima Daiichi nuclear power plant. The day after the magnitude 9.0 earthquake on March 11, 2011, Futaba locals heard the hydrogen explosion at Reactor Number 1 and were showered with nuclear fallout. In response, the Japanese government designated the whole town as an « exclusion zone » and 1,400 of the town’s residents fled to an abandoned high school 250 kilometers away. The entire community, including the Town Hall office, was moved into the four-story building, making the residents nuclear refugees. The film portrays the evacuees as the nuclear disaster situation changes over time.

II – Following the 2011 events and the first documentary Atsushi Funahashi directed, NUCLEAR NATION II analyses the evolution as of December 2014. It follows a new group of people exiled from Futaba, the region occupied by the crippled Fukushima Daiichi nuclear power plant. Nothing has changed yet for the refugees, away from their home like lost souls and still hoping to be compensated. Through their agonies and frustrations, the film unravels the cost of capitalism and nuclear energy.

The Man Who Saved the Louvre

The Dying of the Light