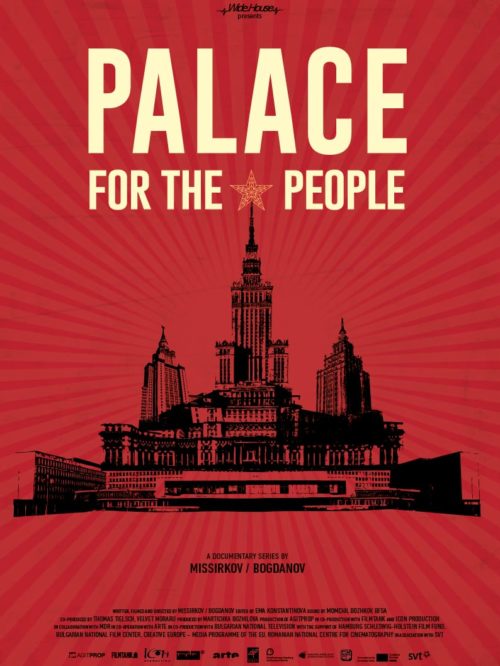 Palace for the People

PALACE FOR THE PEOPLE tells the stories of the most emblematic five buildings of socialist times – highly representative for the epoch and witnessing the historical turbulence in Eastern Europe in the second half of the XX century. The National Palace of Culture in Sofia, Moscow State University, Palace of the Parliament in Bucharest, Palace of Serbia in Belgrade, Palace of the Republic in Berlin are unique architectural creatures made with a lot of courage and a bit of lunacy to remind the people there was an ultimate power and brighter future. Each one is the tallest, the largest, has the biggest clock on Earth, or the most advanced technology of its time. They were the most grandiose enterprises in a time when collective good was the major state policy. Now that socialism is over it’s time to go back and reveal their hidden secrets. The film takes a snapshot of the palaces today, as seen through the eyes of people related to them – their architects, former and current directors, ordinary people who worked in them.

An Art That Nature Makes