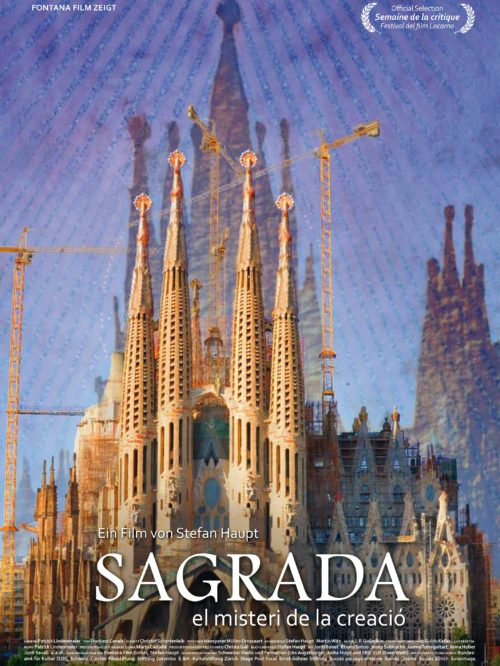 Sagrada: The Mystery of Creation

The « Sagrada Família » in Barcelona is a unique and fascinating building project by a brilliant, formerly controversial genius, Antoni Gaudí, with an army of workers, a history with many highs and lows and a myriad of questions raised. The biography of the edifice, which has been under construction since 1882 and is about half completed
today, is the starting point for Stefan Haupt’s film SAGRADA, el misteri de la creació.

Normally we see a cathedral or a church in its finished form, a witness of days long gone by. By contrast, the construction of the Sagrada Família is anything but complete. The edifice is still growing and evolving today as it has done for the past 125 years. Who was the man who designed this cathedral? What was his driving force? Who were his successors? Who are the people, i.e. the workers, craftsmen, artists and architects, who continue working on the Sagrada Família and who want to complete it? What is their driving force?