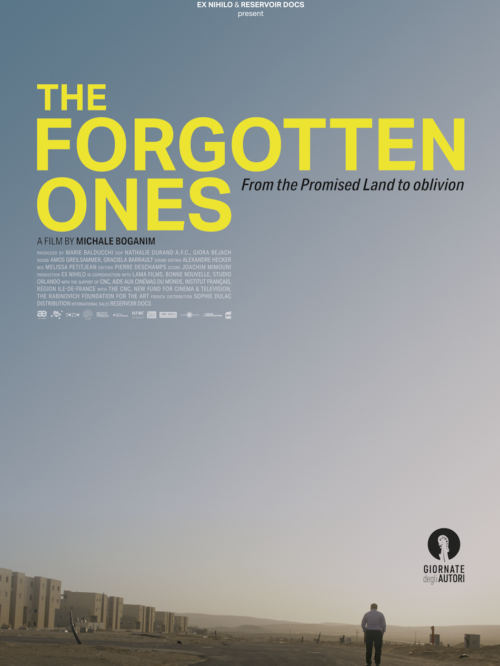 In the 1950’s, Jews coming from North Africa and the Middle East settled in the newly constituted State of Israël. The Mizrahim, as their are called, were denied their right to a better life and forced to move to development towns in the Negev Desert. Today, the new generations of Mizrahim still suffer from this policy conducted 70 years ago.

Michale Boganim follows the footsteps of her father, who came from Morocco and quickly became a leader of the local Israeli Black Panthers to stand against this discrimination. She embarks on a road trip through Israël’s history to meet with three generation of Mizrahims.

« “The Forgotten Ones is a profoundly personal film that highlights a historical plight that has often been overlooked." » -