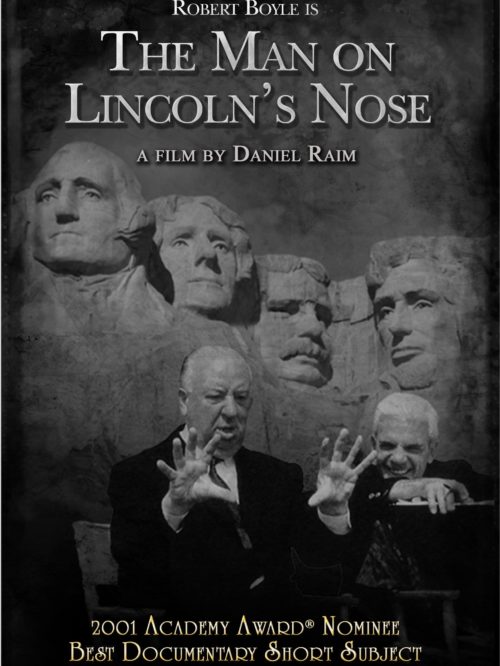 The Man on Lincoln’s Nose

Production design has always been a key part of the Hollywood filmmaking process, but until recently the field received very little critical attention. But thanks to Daniel Raim’s lucid and concise Oscar®-nominated documentary about Robert Boyle, one of Hollywood’s best art directors, a general audience now has a chance to savor what these masters of their craft have contributed.
Boyle tells stories about working on everything from Hitchcock’s « North by Northwest, » « The Birds » and « Marnie » to « Fiddler on the Roof. » Boyle is quite eloquent and witty in explaining his craft, and others, including fellow art director Henry Bumstead, are also interviewed.
Raim has done an imaginative job of editing production storyboards and sketches with photographs and film segments so that we ‘get’ what the production designer actually does. The detailed segment on constructing Mt. Rushmore in the studio (thus the film’s title!) is fascinating, as we learn more about how actual photos of a location can be skillfully blended with a constructed set.
A special highlight is Raim’s coverage of « The Birds, » in which Raim has Boyle revisit the actual location as film footage from Hitchcock’s memorable film is intercut with continuity sketches drawn for Boyle by his draftsman, Harold Michelson. We see a black-and-white line drawing of Tippi Hedren with a bird attacking her, which then becomes that actual shot in the film.
Raim’s film is a welcome gift to everyone anywhere who wants to know more about what has and continues to make Hollywood Hollywood.

In Search for Josephine

The Man Who Saved the Louvre