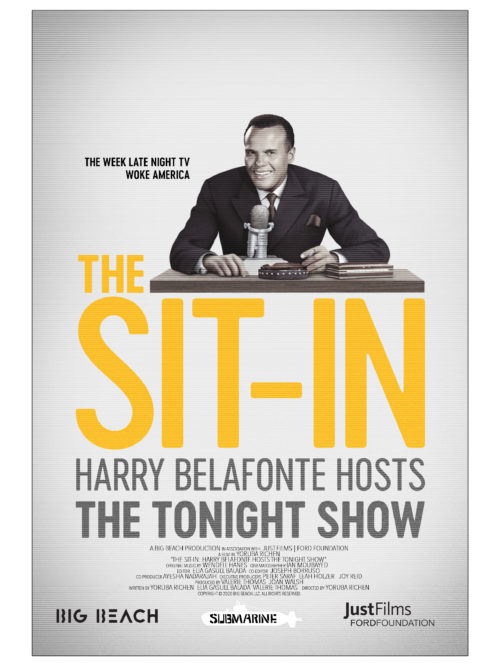 While the country was embroiled in a divisive election with racial tensions flaring, Civil Rights activist and trailblazing performer Harry Belafonte guest hosted The Tonight Show for one week in 1968. By then, Johnny Carson had turned this pioneering late night show into one of the most powerful platforms of communication. In an unprecedented move, Belafonte took a predominantly white institution, The Tonight Show, and transformed it into a multicultural and political experience.

Award-winning director Yoruba Richen examines the importance of this lost broadcast history through vibrant interviews with Belafonte, Whoopi Goldberg, Questlove, and guests who appeared that week including Petula Clark, Dionne Warwick, and Freda Payne. The Sit In features rare archival footage, including interviews with Dr. Martin Luther King Jr. and Robert F. Kennedy, which are among the last television appearances before both were assassinated.

« "A poignant documentary about a singular moment in pop culture" » - The New York Times, Margaret Lyons

Goya, Carrière & The Ghost of Buñuel