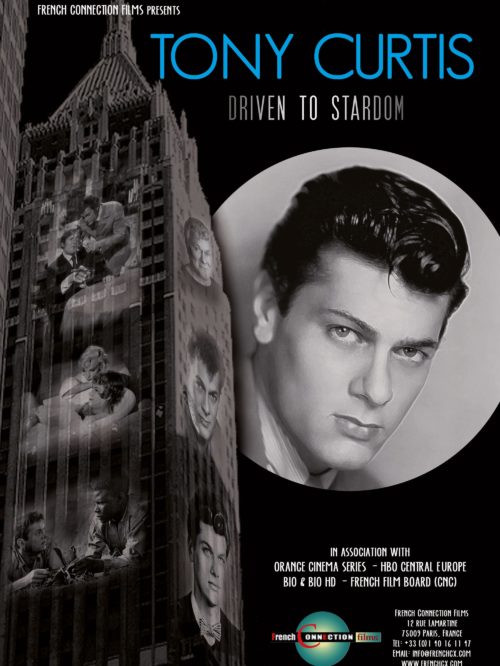 Tony Curtis, the man who influenced Elvis Presley and James Dean, was one of the very first teen idols and one of the last real movie stars. From his difficult upbringing in the Bronx, where he was born Bernie Schwartz, to his unprecedented fame and infamous way with women. TONY CURTIS: DRIVEN TO STARDOM explores the man’s rebellious demeanor, his struggle as a Jew in Hollywood, his difficult childhood, the brief love affair with Marilyn Monroe and his failed marriages to actresses Janet Leigh and Christine Kaufman, his courageous stance to break the color barrier with The Defiant Ones (the film that earned him an Oscar Nomination), and his entire six decade career.