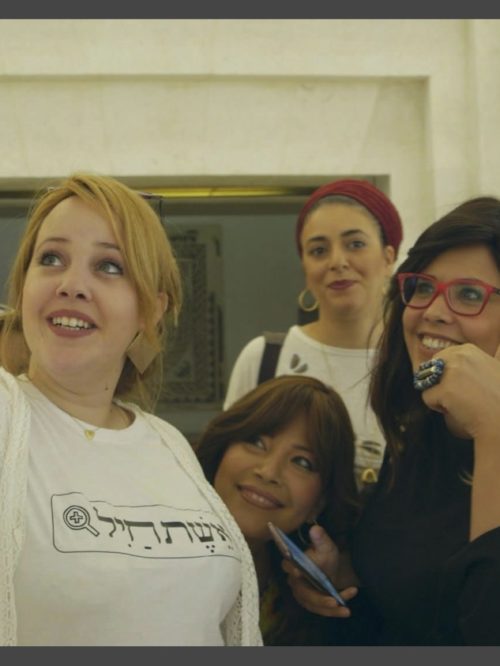 Israeli Ultra-Orthodox women are expected to be good wives to their arranged husbands, take care of their many children, be the main breadwinner while their husbands study religious texts, and always vote as their rabbis tell them to. They’re not supposed to sit at the front of the bus, write political articles using a woman’s name, and most definitely – they’re not supposed to run for a Parliament seat.

Esty Shushan (41) is fed up with this. As the daughter of a Rabbi, the oldest of 12 children, she was raised to be a « Woman of Valor » and shut up. Esty decides to act for equal rights, determined to allow women to be elected to Ultra-Orthodox parties. She struggles from within her community, for the future of her children.

We follow Esty and her partners as they secretly hang posters in « hardcore » Ultra-orthodox districts, calling not to vote for parties that don’t accept women; we join them during a movie screening for women who visit the cinema for the first time; follow them as they set up leadership programs to prepare future leaders, and as the first graduate runs at the municipal elections.

But changing awareness isn’t enough. Esty and her co-CEO Estee Rieder also expose the Israeli democratic injustice at the UN’s women rights committee and submit a lawsuit to the Supreme Court against their discriminating party. Esty fights for her children’s future, but her struggle puts her own family in danger, as threats turn into reality. It’s clear a revolution has begun, the question is at what cost?