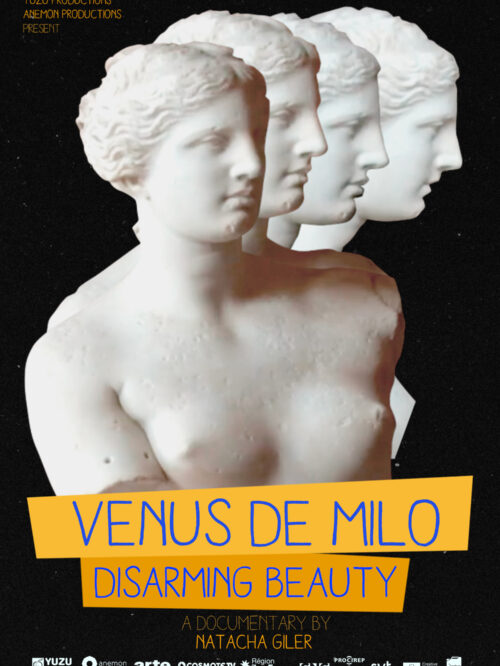 The Venus de Milo is a star of the Louvre Museum. Millions of visitors flock to pay homage to her every year. A canon of classical beauty, her body is astonishingly sensual. The many mysteries surrounding the story of her creation further enhance her aura.

But is this enough to explain the undying infatuation and inspiration that she has never ceased to arouse, the object of so much desire?
From Auguste Rodin to Jim Dine, from Salvador Dali to Beyoncé, from Buster Keaton to Brigitte Bardot, through the eyes of her admirers, the words of experts, artists’ projects and feminist claims, this film revisits the history of the Venus de Milo, to lift the veil on one of the most beautiful enigmas of the art world.