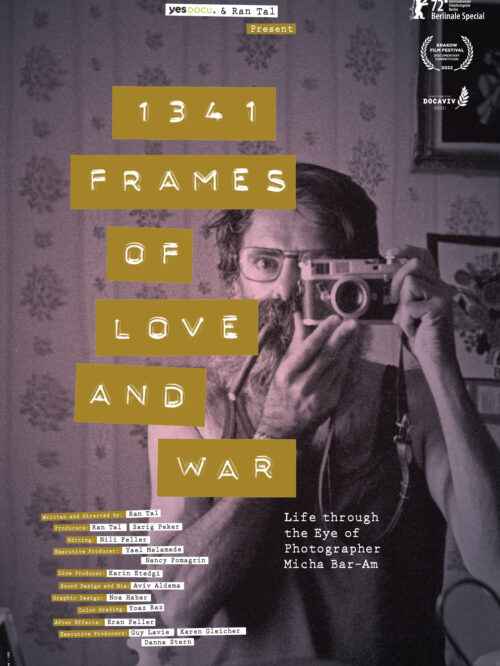 From over half a million negatives taken by Israel‘s celebrated war photographer Micha Bar-Am, 1341 FRAMES is an epic journey of questioning history through the camera.

A story that begins in Berlin in 1930, moves to Palestine in 1936, becomes a love affair with Zionism in the 1950’s and turns into a journey of self-doubt and questioning.

« The events and wars he doggedly pursued with his Leica camera have become internationally known, iconic images. He became a member of the celebrated Magnum collective, co-founded the International Center of Photography in New York with Cornell Capa, and his photographs have graced countless covers of the world’s major magazines.
» - Variety

« As there are no more photos to be shown, the film ends shortly after on this sour symbolic note: what has become of Israel made it impossible for one of its most important observers to go on watching, thus turning the rest of us blind.
» - International Cinephile Society

« A tour-de-force through the endemic violence that has gripped Israel and its neighbours for so long.
» - Modern Times

The Treasures of Crimea