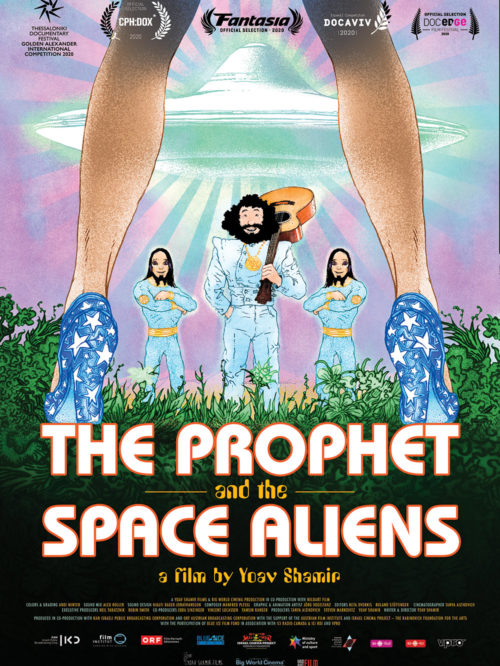 The Prophet and The Space Aliens

Upon receiving a mysterious invitation, award-winning director Yoav Shamir recruits one of the world’s leading historians of religion, Prof. Daniel Boyarin, as his mentor and sets off on a thought-provoking, humorous quest that takes Shamir from Rael’s beautiful home in Okinawa to his sleepy hometown in France; from the Raelians’ “pleasure hospital” in Burkina Faso to the growing Raelian communities in Asia, Europe and North America.

« One can't deny the loony spectacle of the whole thing, and some scenes ... must be seen to be believed » - Boston Hassle

A Space In Time