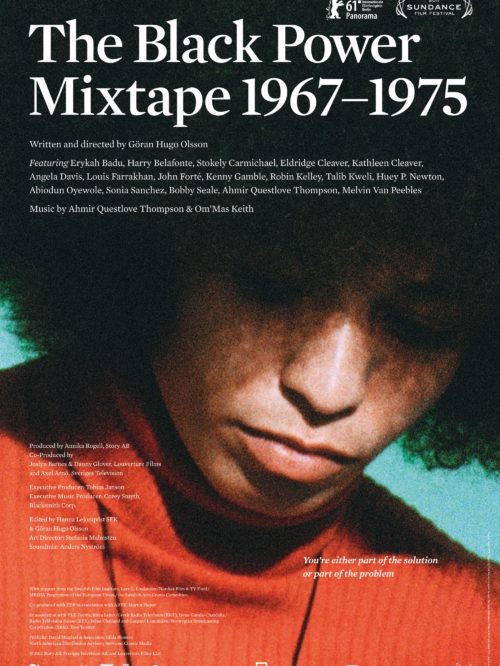 From 1967 to 1975, fueled by curiosity and naïveté, Swedish journalists traversed the Atlantic Ocean to film the black power movement in America. The Black Power Mixtape 1967–1975 mobilizes a treasure trove of 16mm material, which languished in a basement for 30 years, into an irresistible mosaic of images, music, and narration to chronicle the movement’s evolution. Mesmerizing footage of Stokely Carmichael, Bobby Seale, Huey P. Newton, Angela Davis, and Eldridge Cleaver, as well as Black Panther activities, are peppered with B-roll footage of black America. These scenes take on a fresh, global angle through the outsider perspective of the Swedish lens.